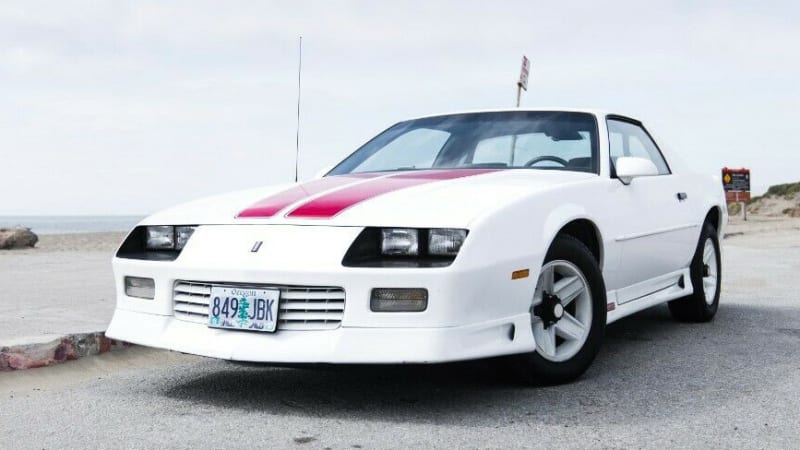 While trying to find a rad recent American sports car for this week’s eBay find, I found plenty of cool choices. There was this 1990 Corvette ZR1 with 24,400 miles and something called a “Gold Spinner Award” to its name. There was this 1996 Corvette Grand Sport with a measly 6,640 miles, as well as a pretty cool Mustang Cobra with that crazy green-purple color-changing paint.

However, all had pretty significant price tags. I know I couldn’t afford to press the Buy It Now button for these ultra-low-mileage garage princesses. That’s why this 1992 Camaro RS 25th Anniversary Edition stood out for me. It looks lovely, especially the interior, and has a mere 9,900 miles on it after spending much of its life with a man in Georgia who put only 3,000 miles on it over the course of 24 years.

With a Buy It Now price of $14,000, this is a reasonably priced collector car that seems like a good way to buy low on something that might start to tick up in value in the coming years. This Camaro might have been built in 1992, but the third generation was a 1980s icon. For those of a certain age (hello Gen Xers!), this is exactly the kind of car that will bring back fond memories of their youth. You know, just like 1960s cars continue to inspire Baby Boomer buyers. Hell, I’m an elder millennial, and I dig this thing.

Now, 1992 was actually the last year for the third-generation Camaro, which also coincided with the nameplate’s 25th anniversary – hence the special-edition car you see here. Although every 1992 Camaro apparently had a 25th anniversary badge on the dashboard, this car would have the “Heritage Package” option that only consisted of some badges and stripes. Still, those stripes look pretty nice, and the third generation looks fantastic in white. Phillip on “The Americans” had an earlier one, complete with blue stripes, and it was sweet (plus its purchase was an important character-illuminating moment). Also, I have to note that the end of third-generation Camaro also signaled the end of production at GM’s plant in Van Nuys, Calif. As someone who lived in Los Angeles for 12 years, it’s mind-boggling to think of auto manufacturing going on just on the other side of the Sepulveda Pass.

So maybe this Camaro RS isn’t the most special recent American sports car out there, but for the money, I think it’s a pretty cool eBay find.