Automakers are putting pancakes in your car, when all you want is a parking spot 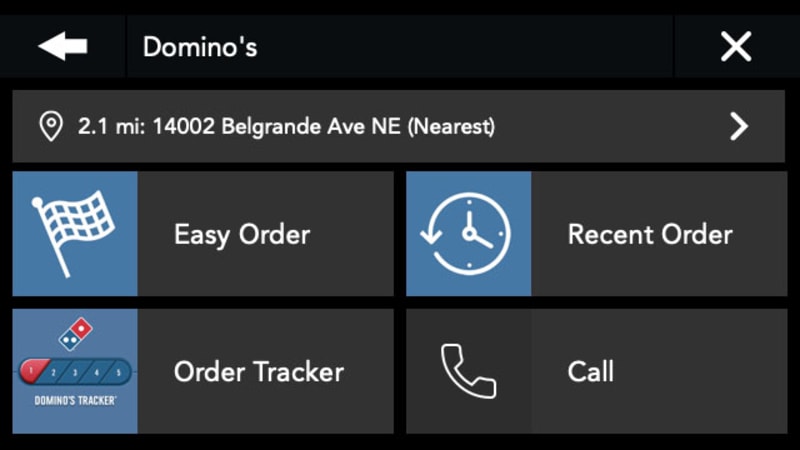 The Dashboard Act was introduced June 24 in Congress by Sens. Mark Warner, D-Va., and Josh Hawley, R-Mo. Its name notwithstanding, it isn’t about cars. Rather, “Dashboard” is an acronym for “Designing Accounting Safeguards to Help Broader Oversight and Regulations on Data.” The purpose of the act is to make sure that companies disclose to consumers how their data is being used by companies like Facebook and Google — how their data is being monetized.

Oddly enough, the Dashboard Act does have something to do with automotive companies, too. Why? Because OEMs have determined that people have plenty of time on their hands when driving — much of which is just sitting in traffic (according to the 2018 INRIX Global Traffic Scorecard, U.S. drivers sit for an average of 97 hours last year). So what better thing to do than shop? And presumably, like credit-card companies, they’re benefiting from facilitating commerce.

Coincidentally, also on June 24 FCA announced it is launching Uconnect Market, an in-vehicle commerce platform. Explained Alan D’Agostini, FCA’s global head of connected services, “Our customers live busy lives, and our goal with the Uconnect platform is to provide an advanced portfolio of services to make their daily drive more convenient, productive and enjoyable.

“This is why we are launching Uconnect Market, as we continue to ramp-up our connectivity efforts around the world with the goal of having all new FCA vehicles connected by 2022.”

Uconnect Market, which will begin rolling out this year, allows people to buy things like Domino’s Pizza and Shell gasoline and make reservations through Yelp via the touchscreen in the vehicle.

This is similar to GM’s Marketplace, which it introduced at the end of 2017. This allows you to order from Applebee’s, Starbucks, TGI Fridays, ExxonMobil, Wingstop, and even book travel on Priceline.com.

And in keeping with the third company in the Detroit Three, Ford offers the Amazon Alexa App, which provides a variety of functions from controlling smart devices in one’s home to, for Amazon Prime members (of which there are estimated to be more than 100 million in the U.S.), ordering organic kale from Whole Foods.

All through your dashboard.

Earlier this year at the Mobile World Congress in Barcelona, BMW Group introduced “BMW Natural Interaction,” a system that combines voice, gestures and even gaze to interact with the vehicle. While the functionality of this system — which the company says it will launch in the BMW iNext in 2022 — allows such things as adjusting the climate control or the audio system, there is also integration with digital services, such that the driver can point at a restaurant they’re driving by and make a reservation or book tickets for a movie.

Just by looking and pointing and talking.

All of this notwithstanding, a study from Strategy Analytics on connected apps for in-car use has discovered that finding and paying for parking are the tops on the list of things that drivers want, along with real-time information about traffic and routing and the weather.

The research group, which studied consumers in the United States, Western Europe and China, discovered that restaurant reviews, reservations and ordering are among the “least-preferred app use cases … which OEMs often attempt to enable for in-vehicle commerce.”

Incidentally: One of the companies that FCA is working with for Uconnect Market is Park Whiz, so they have that covered. But does anyone really need pancakes so badly that GM is offering IHOP connectivity?